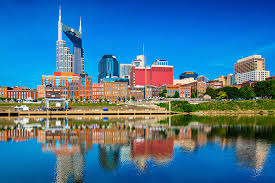 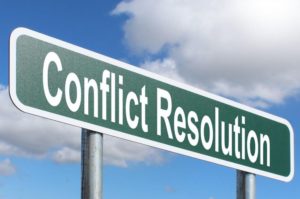 When it comes to traveling with a group of friends, it is pretty much safe to say that conflicts are inevitable. We all know that conflicts can occur pretty much anywhere, right? When you travel, work, or communicate with others, there is a slight chance that you may end up arguing, not wanting to talk to anybody, or simply becoming passively aggressive. Avoidance is one of the most common tactics that people use when they want to get away from potential conflicts, but trying to avoid a conflict will hardly do you any good. Due to the fact that traveling is a social activity, there is a slight chance that the group dynamics might cause some damage to your dream trip. Now, don’t get us wrong, but this is true even if you are traveling solo. And we can safely assume that you wouldn’t want to face any conflicts during your dream trip, would you? Of course you wouldn’t!

There are some people out there who think that the chance of them ending up in a conflict while traveling is simply non-existent. But the real truth is that something like that could only be true if they decided to embark on a round-the-world journey without ever seeing anybody, let alone communicating with people. And even then they wouldn’t be completely safe. When it comes to traveling the world, having good communication skills is very important. The reason for this is because we use communication do express our needs and desires, as well as our fears. With this in mind, it is very important to note that communication itself doesn’t cause conflicts – it usually triggers them. With that said, here are some things that you can do to resolve conflicts while traveling.

Figure Out People’s Intentions
Generally speaking, people have good intentions. But sometimes, people don’t know how to properly express their intentions, which usually leads to an argument. That being said, you need to figure out what people’s true intentions are, and then come up with a good, honest answer of your own.

Encourage In-Person Communication
One of the best ways to resolve an issue permanently is to have a face-to-face conversation. No social media platforms and no text messages. Just remember to be open, honest, and calm, okay?

Resist the Urge To Resolve the Issue Immediately
Don’t try to resolve the issue immediately. Making a rush decision could actually make the whole situation even worse. So, take some time, listen to the complaints, and then try to come up with a good solution.

We all know that maintaining a healthy fitness program can seem like an impossible task when we are traveling the world, right? This is especially the case when you are on a business trip. The main reason for this is because all that time that you spend on the road and all those board meetings that you are required to attend don’t leave enough room in your schedule for exercise. But all it takes to stay in a good shape when traveling is a little bit of dedication, as well as a little bit of planning. You see, when you are traveling for work, you can still stick to your fitness routine – you just need to know how to do it. This is something that the owner of Performance Chiropractic + Sports Rehab confesses is easier said than done. But with a little commitment, can make your adventure so much more enjoyable! 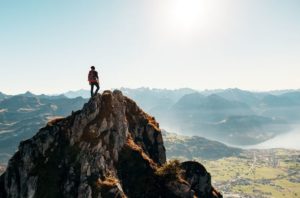 Before you actually hit the road, do a thorough research on your destination, as well as the hotel that you will be staying at. Also, be sure to check if there are any fitness facilities or gyms available in the area. Don’t forget to pack a pair of athletic shoes, some exercise clothing, a jump-rope, some hand grips, a yoga mat, and a pair of headphones – just in case you need to fill yourself up with some extra motivation!

Keep Active As You Go 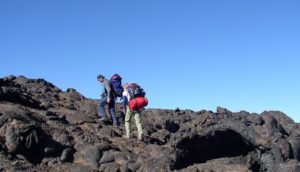 Whether you are traveling by train, plane or car, work travel can force you to sit in one spot for long periods of time, which is not really the healthiest thing in the world. With this in mind, it is very important for you to find a way to fit some physical activity into your work travel days. So, don’t forget to pack your running shoes before you hit the road, okay? Also, if you are traveling by plane and you encounter a delay or something like that, don’t just sit in one spot, but walk up and down the airport terminal instead. And if you are traveling by can and you are the sitting behind the wheel, take breaks to get out and do some stretching exercises.

Listen To Your Body
If jet lag leaves your body exhausted, feel free to make your workout sessions shorter than usual. After all, we all need to take it easy every now and then, don’t we? Anyway, keep in mind that regular exercise can help reduce stress, and that might be just what you need to get the job done. Just don’t forget to listen to your body, okay?

There is absolutely no doubt that traveling is not really the cheapest hobby in the world, right? While this is the case with pretty much every type of travel out there, it is especially the case when you are traveling to a foreign country. Also, this is especially true when you are using your credit card to deal with all the financial stuff that you stumble upon during your trip. One very important thing that you need to remember here is that banking overseas involves so much more stuff than just putting your credit card in the nearest ATM machine that you can find. That being said, if you are planning on visiting a foreign country in the near future, there is a couple of really important things that you need to know. Knowing how to get rid of foreign transaction rates can help you save a whole lot of money in the long run. Also, you should learn how to get good exchange rates in a foreign country, as well as how to avoid paying bank fees. 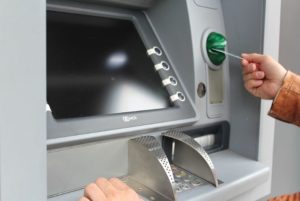 You would be surprised to see just how many people travel overseas and pay ATM fees only to get hit with high foreign transaction fees. But this situation actually doesn’t have to be that bad at all – you just need to know how to avoid stuff like this. After all, you didn’t spend all those weeks and months saving up money just to spend it on unnecessary foreign transaction fees later on, did you? We can safely assume that your original plan was (and still is) to keep all that hard-earned money for yourself, right? Also, we don’t know how good you are with math, but it is actually not that complicated here – every single foreign transaction fee that you manage to avoid means that you get to spend more money not just on food and drinks, but on fun activities as well!

Get Rid of ATM Fees
Did you know that ATM machines in foreign countries can actually take a significant amount of money from you every single time you use them? That is exactly why it is very important for you to know how to eliminate those nasty foreign transaction fees. With this in mind, if you don’t really like the idea of spending money on foreign ATM fees, you should try using your bank’s partner ATMs. If this is not an available option for you right now, try to get a low-fee credit card instead.

Using ATMs in Weird Locations Is a Bad Idea
Don’t use ATM’s in weird locations. With that said, if there is an ATM machine standing in the middle of your hotel, simply don’t use it. These ATMs usually charge pretty high transaction fees, which means that using them wouldn’t be your best solution.

Travel is a great thing that inspires us to meet new people and explore new places, as well as to learn about new cultures. It inspires us to fill our lives with all kinds of unforgettable adventures. Although travel is a great thing, there is also a dark side to it. For example, air travel can leave a negative impact on the environment, and mass tourism can have a negative impact on a certain area. Both of these things can make travel look less glamorous than it actually is. But there is this one thing that can make this whole situation better, and that thing is called sustainable travel.

Check out which countries are the most sustainable to visit – don’t just pick a random destination. By visiting these countries, you encourage other people to do the same. Simply put, you are doing a good thing.

Fly As Much As Possible